How To Clean Your Car by Yourself For New Year 2022? 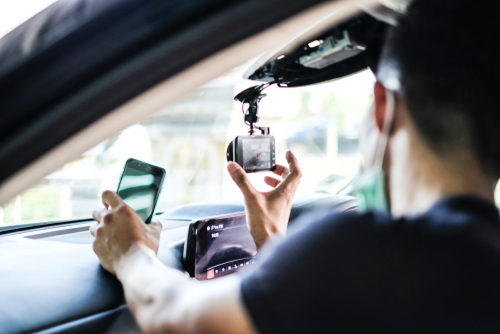 Importance Of A Car CCTV – A car CCTV is a camera that operates as a security feature of a vehicle. It can also capture images inside the vehicles. CCTV has been around for some time now and has been proven to provide high performance. Here are fifteen reasons why a car CCTV camera is a wise investment in your car.

1. You Can Keep A Record Of Any Incident

Car CCTV ensures that you have all the evidence recorded, whatever the incident that may happen while on the road. Whether it’s an accident or damage to your car’s paint, you can always rely on the footage captured by the cameras installed in your vehicle. Even when you cannot recall what happened.

2. Assurance Of Safety For Your Vehicle

The installation of a car CCTV gives you that added sense of security and assurance. As your car is being monitored and is safe when left unattended. This is especially beneficial when traveling to or from out of town as it can provide some peace of mind.

3. Prevent Theft Of Your Vehicle

A car CCTV can help prevent theft of your vehicle. It is because the perpetrator will be aware that they are being recorded. Often, the mere presence of a camera is enough to deter criminals. This can save you a lot of money in the long run.

4. Get Assistance In The Event Of An Accident

If you are involved in an accident, having footage from a car CCTV can be extremely helpful. It can prove what happened and also assist with insurance claims. If you can prove that your vehicle or yourself is innocent, then there will be no claims against you. Likewise, if the other party was at fault, this will assist in getting compensation for any damages they caused.

5. Helps To Identify Suspects That Are Involved In A Criminal Case

Like human crimes, car CCTV footage can be used to identify suspects in criminal cases. Such as hit and run accidents or even when someone has stolen a vehicle and committed a crime after that.

This helps the police resolve such cases faster than normal means. Because it can often be difficult to gather evidence from the people involved. Due to lack of recollection of the incident when intoxicated or not to pay attention.

In cases where a car has been involved in an accident due to some form of a traffic offense, such as speeding or running a red light, having a car CCTV can help identify this person and prove what took place leading up to the incident. This also applies when two vehicles are involved in an accident; having footage from both will help determine who is at fault for the collision.

Having evidence of whatever happens while on the road makes insurance claims much easier. Because your insurer usually requires proof that you were not responsible for the damage that was caused before they pay out any claims. Having images recorded by cameras installed in your vehicle is a great way to provide the proof needed.

Getting your teenager to install car CCTV in their cars can help you help monitor their driving behavior while on the road. If they are shown that someone is always observing them, this can encourage them to be more careful while out on the road. It also keeps them safe if they should ever get into an accident by mistake.

9. Be Mindful Of The People Around You When Parked

Having footage of people around your parked vehicle will let you know who might have caused damage or attempted theft when it was not under any form of surveillance. This can prove useful when reported to authorities. Because it provides evidence against the perpetrator and saves you from any wrongful accusations.

10. Can Help Determine Fault In A Parking Lot Accident

If you are involved in an accident while in a parking lot, car CCTV footage can help determine who is at fault. This is because people often do not pay attention when they are driving in a parking lot. And accidents can easily happen as a result.

Some insurance companies offer discounted rates for customers who have car CCTV installed in their vehicles because the company knows that it will be less likely to have to pay out any claims if there is footage of whatever incident has occurred.

12. Can Be Used To Monitor Your Employees’ Driving Behaviour

Having car CCTV installed in company vehicles is becoming more common. Companies use it to monitor their employees’ driving behavior, especially when transporting goods for commercial purposes.

Some people will commit insurance fraud by making false claims about how they were injured or damaged in an accident. When the footage is viewed regularly in these cases, people tend to own up and admit that they made up the claim to get money from the insurance company.

14. Can Be Used As Evidence In A Traffic Court Case

If you are ever pulled over on suspicion of something, then having your car CCTV captured footage of the incident can be used as evidence in a traffic court case. This is because car CCTV footage is seen as an impartial witness that cannot be disputed. It also proves that you were not at fault for the situation.

15. Can Help To Catch A Hit-And-Run Driver

If you are involved in a hit-and-run accident, the car CCTV can help identify the driver who hit you and then fled the scene. They would not have expected any footage of the incident and would have been caught on camera.

Importance Of A Car CCTV – Conclusion

In conclusion, a CCTV system is an effective security measure as long as it’s used as part of a complete security plan and the video data is managed. We hope you enjoyed and learned something from the article – Importance Of A Car CCTV! 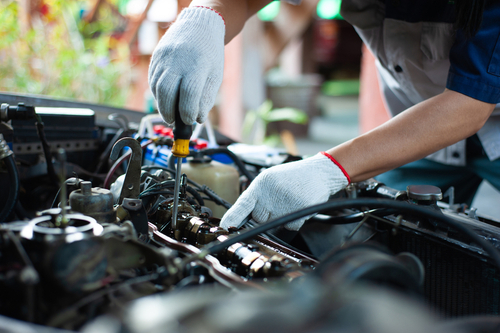 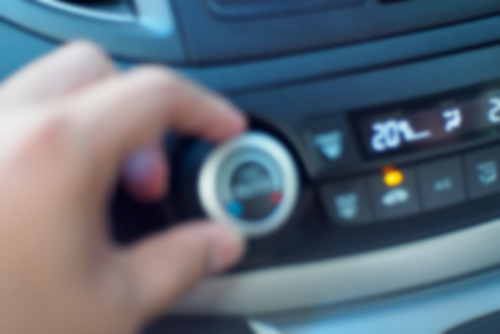 How To Clean Your Car by Yourself For New Year 2022?

+65 8616 8818
Open chat
Powered by
Looking for car servicing or repair services in Singapore? Chat with us today!